Our preferred Vodka for blending cocktails has no flavour; just a base structure that allows the complex, concentrated flavours of Icewine to stand in the spotlight. At 11% alcohol, Icewine has the complexity of a spirit but the alcohol content of wine. We suggest to use an unflavoured rye Vodka to make a simple Icewine Vodka cocktail using Northern Ice Riesling Icewine.

The History of Vodka

Like many spirits, there are a number of countries who claim Vodka was their discovery including Russia, Poland and Sweden. There is very little written material on the origins of Vodka. It is known that Vodka originated in Eastern Europe. There is debate about where the first production of vodka took place; some records say the 8th century in Poland and others site Russia in the late 9th century. The origin of the name Vodka is also not clear, but it does make sense that this simple spirit is a diminutive of the word voda, which means water in Russian.

In the 12th century, the Russians redistilled the vodka mix and later distilling techniques included honey, charcoal and different herbs and spices. Most of the best Russian Vodkas are made from wheat while in Poland they are mostly made from a rye. The discovery of strong alcohol was discovered in Poland when wine was left over during the winter to freeze; yet it was not until the 17th century that vodka was established as the national drink of Poland. Our favourite Icewine Vodka cocktail is made with Polish Vodka; bringing together the two national drinks of Canada and Poland to create a harmonious blend. 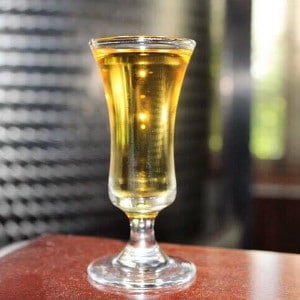